Milazzo, city of the province of Messina, is located on a peninsula, jutting out into the sea, for about 7 km. to Capo Milazzo.

Milazzo is washed by the sea to the east (Gulf of Milazzo) and to the west (Gulf of Patti) and offers some beautiful coastal areas situated to the west, unique historical center and fascinating seabeads. 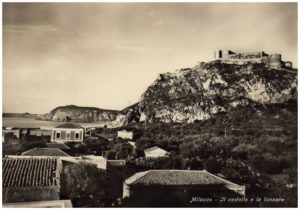 Let’s start from the “walled city” which is surrounded, in effect, by walls that date back to the sixteenth century. There we can find the sixteenth century Castle of Milazzo, unique art fortifications in Sicily with a Gothic portal, a treasure chest where there are the remains of the palace of the jurors and the cathedral considered one of the most significant monuments of Italian mannerism. 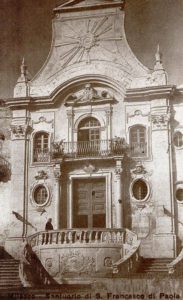 Ancient, elegant building, which has similarities with byzantines churches, Greek cross designed by Camillo Camillians, disciple of Michelangelo. The “borgo antico” is distinguished, however, by the large Number of Churches. Absolutely to visit the eighteenth-century Abbey of San Benedetto of the S.S Salvatore with its beautiful frescoes, the Dominican Church of our Lady of Rosary, dating back to 1538 which was the seat of the Holy Office of the inquisition and with the remains of the old convent, and then church and Convent of San Francesco di Paola with an elegant facade and an imposing staircase.

But there are still Santa Maria Maggiore Church in the heart of the seaside neighborhood of “Vaccarella” and the convent of the capuchin Fathers. Just to mention the most interesting. 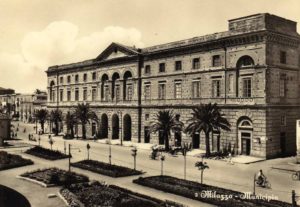 The nineteenth-century Town Hall is located in the modern city near the new Cathedral built between 1937 and 1952: in the middle there was the last war. In the modern area we can find the fifteenth-century Church of San Giacomo, more time restored. The Saint is depicted in a large fresco on the ceiling, the work of Scipio Manni.

Despite the urban subdivision, it should be remembered that these lands were inhabited from the earliest times: they are authentic Neolithic artifacts that tell the story. Milazzo was place of extreme strategic importance because it could control the maritime tarde to Aeolian and those of the sea connections between Messina and Palermo. The Romans called Mylae, while Arabs opted for Milàs, that in both cases, was the ancient name of the Cape. 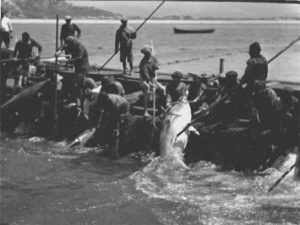 The Milazzo people were nicknamed “sangu di tunnu”, tuna blood for the abundant fishing for tuna that is made for centuries in traps fell into its waters. And it is considered the “meat of poor” constituted the power of all those who went to sea. They don’t have sailed in gold. Even today thank their patron saints. San Francesco di Paola, the patron Saint of seafarers, Sant’Antonio di Padova who was their host and, finally, Santo Stefano, their patron.